Everybody’s bullish and greedy again. But for every price direction (up, down) there is a corresponding argument.

Now what are the odds of that happening again? Seriously, we just doubled our previous ATH at 20000, surely there will be a cooldown period longer than a few months at least. Not to mention, DOGE and SHIB pumped.

Other bearish signs: mainstream media reporting about crypto, and the fact that everyone else is so bullish. When everyone else is bullish, be very careful. Look for the contrarian opinion.

Even SecretsOfCrypto said shitcoins pump at the end of a season, and to be honest, these guys are OGs and might have a point.

Every time Bitcoin’s block reward halves (and it did last month), the price soars. The graph above is logarithmic – each tiny tick up is a lot, and if you look at it that way, 100000 is a fair goal. It usually takes a few months for the supply shock to impact the price. (Ethereum also has such a supply shock incoming – thanks to EIP1559, the supply of ETH is actually decreasing)

I’m torn. On one side, you can make a lot of money by going against what everybody else is thinking. On the other hand, you can see how there is a good argument for the price continuing to go up – and in the world of crypto, if enough people believe something, it shall be so.

Personally, doing the opposite of what everyone says has always been profitable. Listen to your gut (I initially started this post being bearish).

Set things up so that no matter what happens, it’ll benefit me.

That means I’ll sell a small portion (like, less than 10%) of my Bitcoin. If it dumps, that’s fine, I get to pick more BTC up. If it continues to go up, that’s fine too.

I’m still heavily weighted into crypto though so if it all goes down 99% of my net worth goes down with it.

I’ve also managed to get myself out of some bad trades that I got into last bullrun with minimal losses.

In Case Bullrun: Dip A Toe Into “The Obvious Bets”

There were some “obvious bets” that I never really went into, because I was looking for the “unobvious bets” which were going to be 10x hitters. Well, turns out many of them can be losers too, so why not look at the more obvious bets?

Since the obvious bets have mostly already pumped, I will go into them with small sizes and increase my position as I see fit. For this little experiment I will classify them into 3 categories: scary (won’t put money into them), meh (0.02 BTC), ok (0.03 BTC).

But ser why are these coins obvious bets?

Traction. FTX looks like the next Binance. Polkadot is inserting itself into some DeFi spaces, and the parachain auction seemed hotly contested. Fantom is an Ethereum sidechain out of nowhere. Sushiswap is much more than a Uniswap V2 clone these days. Chainlink is the oracle solution when your smart contract needs data about the outside world. Polygon/MATIC – nothing to say there. The Graph – truly useful, I’ve used it myself. Decentraland MANA: really is a fun virtual world where it seems things are happening. 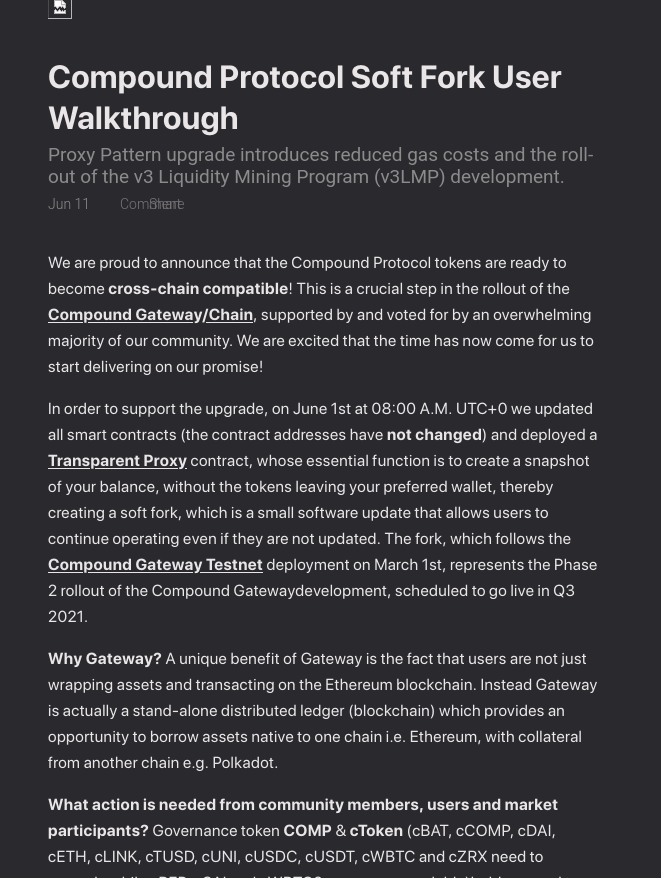 And apparently there are more variations.

This very convincing email is targeted at crypto savvy people. But a ERC20 doesn’t ‘soft fork’, nor does it need to be ‘upgraded to be cross chain compatible’.

According to Etherscan, one of the scam contracts is still receiving txs up to this day. Hopefully these txs are all pending because the guy canceled his transaction (you can do that by submitting another tx with the same nonce but a higher gas fee)